This is some text inside of a div block.

Our Board of Directors 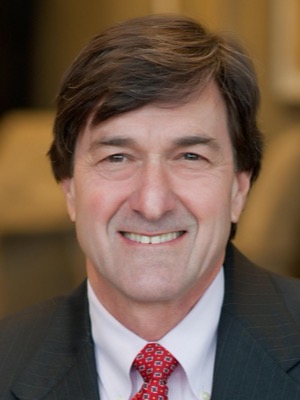 Maury’s work advising clients on federal and state consumer protection laws, rules and regulations earned him the recognition of Chambers USA’s 2014 Financial Services Regulation Law "Lawyer of the Year" in Birmingham. However, his reach expands beyond Birmingham. He regularly advises regional and national real estate, finance, and consumer credit clients with respect to business credit and industry matters. He also assists clients in legislative analysis and drafting, financing, and the purchase and sale of businesses and business assets. 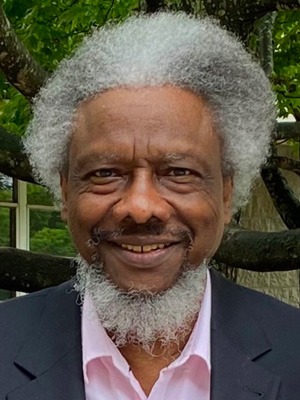 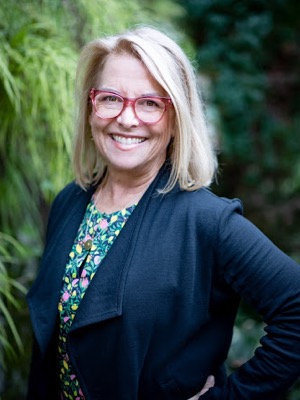 An experienced marketing specialist, Julie Levinson-Gabis has worked across multiple media in Alabama since 1987. Julie joined SummitMedia, llc in 2014 in a newly-created role of Digital Specialist for a radio broadcast group.  Julie is responsible for developing and executing digital strategies for her clients as well as assisting broadcast account executives with their digital marketing efforts. Prior to this, Julie worked at The Alabama Media Group/Advance Digital where she managed the emerging markets in Montgomery and Tuscaloosa. Julie’s experience also includes cable, print & broadcast sales in television and radio in both management and sales positions.

In addition to her work on The Morgan Project, Julie’s community involvement includes work as a board member and/or volunteer for the following organizations:  Hispanic Interest Coalition of AL (HICA), Temple Emanu-El, Family Promise, Birmingham Urban League, Mountain Brook YMCA and Hand in Paw.

Julie has her BA from UAB in Public Relations and Business (’86).  She graduated from Leadership Birmingham in 2007 and she is teaching a professional development course on Digital Marketing to non-marketing professionals through Auburn University Engineering Continuing Education.  Julie lives in Birmingham with her husband, Bernard (Bud) plus two dogs, Fiona and Arya and a cat, Vida. 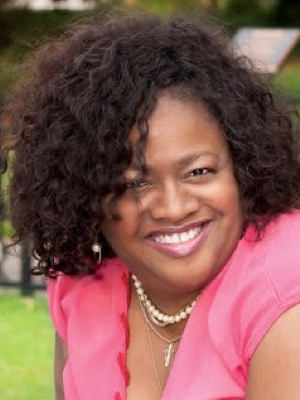 Birmingham native Lisa McNair is the oldest living daughter of Maxine and the late Chris McNair who are the parents of Denise McNair. Denise is one of the four girls killed in the infamous 1963 bombing of the Sixteenth Street Baptist Church in Birmingham, Alabama. Denise was an only child at the time of her death. Almost exactly one year from the day of Denise's murder, Lisa was born.

Raised in Birmingham, Lisa attended public and private schools, and later attended college at the University of Alabama, both Tuscaloosa and Birmingham campuses. She worked 18 years at the Greater Birmingham Convention & Visitors Bureau promoting tourism and was instrumental in helping to develop Civil Rights Historic Tours in the Greater Birmingham area. Later Lisa spent 7 years working in her family's business, the Chris McNair Studios & Art Gallery.

Presently she is a professional photographer with her own business, Posh Photographers. Lisa is a consultant for Sojourn to the Past, an organization based out of California that utilizes a mobile classroom format to teach students details about the Civil Rights Movement and the principles of non-violence, during a seven-day journey across five states. To Sojourn with other groups, Lisa Shares the story of Denise's life, her heinous murder, and how it affected her parents and the city of Birmingham.

While Denise lived in a segregated south, Lisa's life was very integrated. "I came to know later in life how the sting of racism is still alive and well here during present times: same hate, different methodologies of implementing it. My goal in speaking to others is to make everyone aware that we still have work to do; be honest about our past in order to end racial hatred; and strive toward reconciliation and a more inclusive America. I use stories from my life experiences to help people to remember lessons of the 4 Girls' death as a springboard to foster reconciliation, and to let my audience know to never lose hope."

Lisa aspires to present the lessons learned from the Civil Rights Movement and the lives lost to help us to never repeat the horrible evilness of that time. "I also want the memories of Denise and the other three little girls to live on in history as a reminder that although we have come a long way, we still have a way to go. But along this journey we must find reconciliation too." 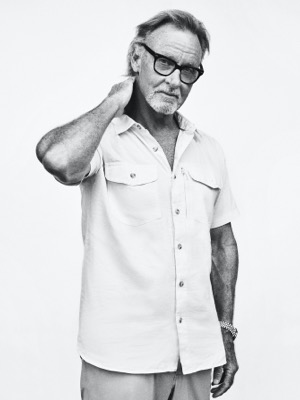 Charles Morgan III was born in Tuscaloosa in 1954. His parents were Charles Morgan Jr. and Camille W. Morgan. They moved to Birmingham after his  father graduated from law school in 1956 and lived there until 1963.

His father delivered a speech the day after the 16th Street Baptist Church bombing indicting the entire city of Birmingham. The family moved a month later - first to Washington, D.C. where his father wrote the book A Time to Speak. The next year they moved to Atlanta, Ga. where they lived until 1972.

Morgan was educated at North Fulton High School, the University of the South (Sewanee), and the University of Alabama where he received a Masters Degree in American Studies. He ran track in high school and college.

He obtained his Captains license from the U.S.C.G. in 1977, and moved to Destin, Fl. and ran private sport fishing boats for many years. He started Harbor Docks, a restaurant and marina, in 1979. In addition to Harbor Docks he and his children operate 15 restaurants in Florida, Alabama and Georgia. They also founded American Lunch, a 501c3 that provides hot meals to people in need.

Morgan and his family have been involved in numerous charitable, political, and social justice causes for nearly 50 years.

Charles and Carlotta Dean Morgan were married in 1979. The have four children and six grand children. 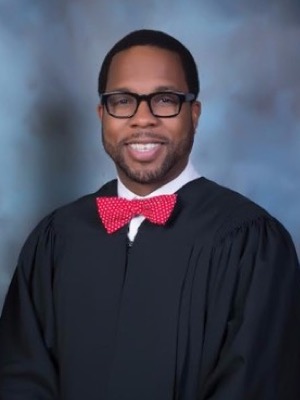 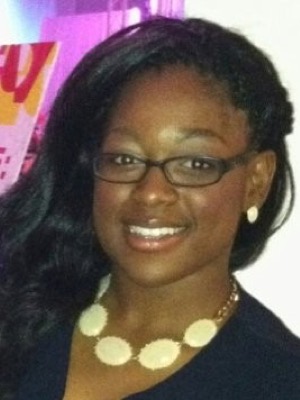 Ashley Mann is an attorney and President of Sandpiper Consulting, LLC.  With nearly a decade of experience in working in philanthropy, she currently serves as the Executive Director of The Morgan Project.

Upon graduating law school, she worked with a private family foundation in Boston, MA. While serving in this role, she developed strategic objectives for early childhood education within the City of Boston and participated in funder and cross-sector collaboratives that increased enrollment in public, charter, and parochial schools. In addition, she assisted Greater Boston non-profit and government organizations with grant writing, budgets, and fundraising.

In addition to her work with The Morgan Project, Ashley mentors juveniles and young professionals to assist them in creating proactive plans for their futures. 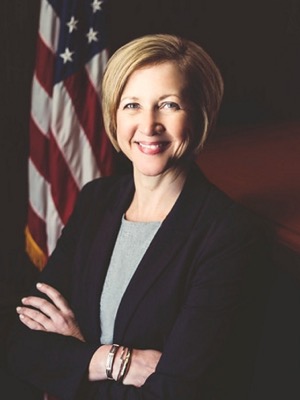 Judge Martha Reeves Cook was appointed as District Court Judge, Place 1, in March 2019, to fill the remaining term of Judge John Amari, who retired in January 2019.

Judge Cook is a native of Selma, Alabama and a graduate of Selma High School. She received her Bachelor of Arts from Randolph-Macon Woman's College in Lynchburg, VA. Judge Cook obtained her J.D. from Cumberland School of Law in Birmingham, Alabama.

Prior her appointment, Judge Cook practiced civil law for 20+ years, representing individuals and businesses, plaintiffs and defendants. Most recently, she opened her own mediation and law practice where she mediated cases involving real estate disputes, divorce and family matters, federal consumer laws, and personal injury cases. Judge Cook volunteers for the Wills Clinic sponsored by Cumberland School of Law and the Birmingham Volunteer Lawyers Program and speaks on conflict resolution topics at local and national events. 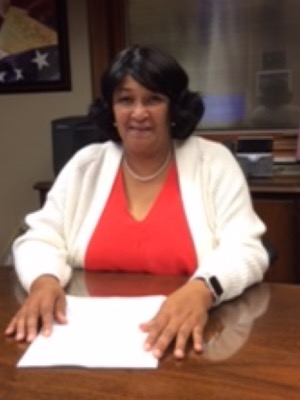 Jackie is the new Jefferson County Circuit Clerk in Alabama’s 10th Judicial Circuit.  As Circuit Clerk, she manages a budget of around forty five million ($45,000,000.00); oversees  employees and is primarily charged with the administration and processing of financial fees associated with the Circuit Civil, District Civil, Small Claims, Domestic Relations, and Criminal Courts in Jefferson County.  Her work includes serving on the Elections Commission; service as Chief Magistrate having a staff of six magistrates; administrative support of Constables, Bail Bonding company compliance; and Accepting Applications for Passports.

She is a sixth generation educator, her lineage as an educator can be traced back to 1863.

She taught in the Birmingham school system and worked in Birmingham City government and Jefferson County government. She experienced career ventures as a proposal researcher-writer, manager of AmeriCorps Health Access and director of Jefferson County’s Workforce Development office. She is currently Chairman of Alamerica Bank, the only African-American chartered bank in the State of Alabama.

She is a member of St. Marks C.M.E. church and has two children and three grandchildren.

The Morgan Project's mission is to implement programs to address the unique and long history of racism in America.

Please consider making a donation to The Morgan Project today:

Donate to The Morgan Project